In 2011 at age 11, Ashley Cameron was given her first flight in a small airplane at the Abbotsford Flying Club’s First Flights for Kids event.  She flew with member Randy Kelley in his vintage Canadian-made 1946 Fleet 80 Canuck. 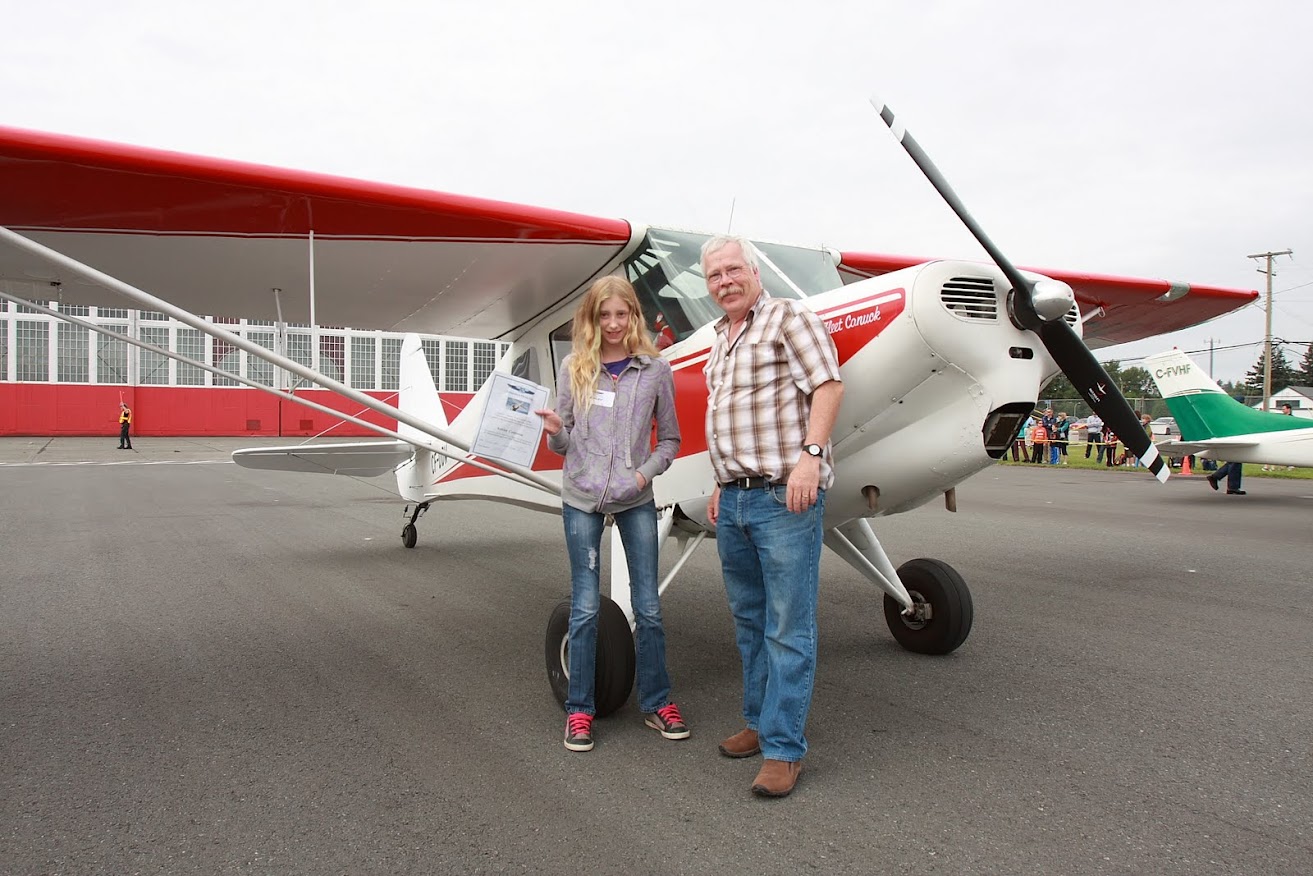 Also, Ashley has graciously agreed to participate in the 2018 First Flights for Kids 10th Anniversary event, this time as a ground school instructor where she can inspire more children with the joy of flight.

It is very satisfying to see kids get their first introduction to flight with our club and take their interest in aviation to the next level.

Awesome job, Ashley and we look forward to having you as a member.