The USAF has revealed it is aims to go back to a 1950s Century-style rapid development and fielding of fighters – with a goal of putting a new type into service in five years. Can this radical approach rapid to acquisition really work? Dr MICHAEL J PRYCE assesses the feasibility of crash fighter development programmes in the 21st century. 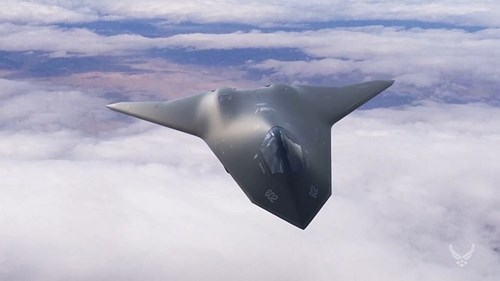 On the 2nd of October 2019 the United States Air Force opened its new Program Executive Office for Advanced Aircraft at Wright-Patterson Air Force Base. The office is set to implement the vision of the head of the United States Air Force’s acquisition programmes, Dr Will Roper, who has set out a dramatic vision for future fighter aircraft development. Instead of spending decades developing the ‘100%’ solution, the service will work with industry to deliver a new fighter every five years. In remarks that echoed the story of the development of the F-16 almost half a century ago, Roper aims to follow a ‘fly before you buy’ prototyping approach. Speaking after his appearance at the recent Air Force Association event Roper said in an interview:

“When you can prototype something instead of studying it for years you get out of the starting gates faster, you learn quicker, you retire risk faster. If your concept is flawed you get rid of it. There is something about contact with industry and building metal early that leads to common sense in the acquisition program.”