In the throes of this vicious pandemic, with victory remaining frustratingly elusive, I am moved to appeal to the 10% who eschew vaccination to examine closely the self-proclaimed experts’ advice against the need for immunization. We have been fortunate so far at the Abbotsford Flying Club, by the stringent application of the current Public Health Orders, but we cannot afford to relax our diligence prematurely. We are soon to be offered a third Covid shot to boost our waning immunity, and I hope members will need little reminding of the importance of this. In fact, just as the regular annual ‘flu shots, these Covid boosters could become an annual obligation.

It is not, in some ways, unlike the need for continuing education in aviation. Especially for those of us who can only manage a few hours of flying a year, the Transport Canada minimum requirements for currency are woefully inadequate. That is why we feel strongly that the club should support our internal efforts to keep up to date by offering courses on various aspects of aviation, at no cost, and available live through Zoom and Webex. Warren Legrice’s courses originating in his popular IMC series, and now expanded to appeal to flyers at all levels of competence, will be resuming soon, and I cannot recommend them strongly enough. We are fortunate indeed to have access to his wealth of knowledge, experience, and dedication to the safety of all of us who fly.

We start the new term with an energetic and enthusiastic Board comprised of several new-comers and a bunch of weathered veterans, and I am optimistic that working together we can tackle the issues effectively as they arise, but meantime remembering that the flying we do at the club is, at the end of the day, supposed to be enjoyable. So, stay healthy, stay current, and continue to support the unique Abbotsford Flying Club. 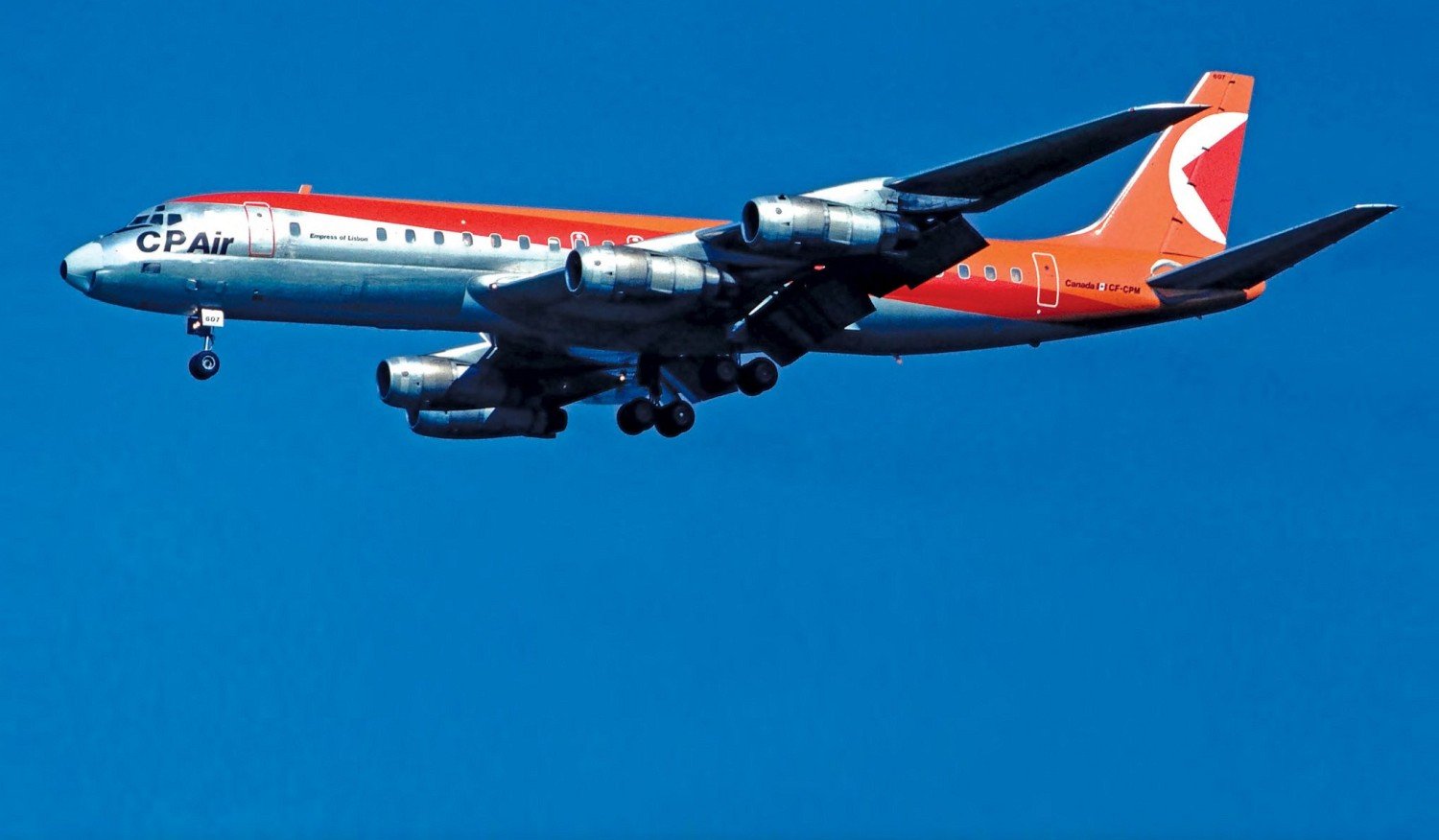 Click here for an informative article from BCGA that explains what it means to pilots if they are involved in an occurrence that is recorded in the system.

This will be my final news article for the current year. I would like to thank the membership for their support over the past year.

Your Board achieved several significant accomplishments in a difficult year. Covid and a change in Board membership created a very challenging environment. Regardless, your Board adopted an SMS system including revised SOP’s, demonstrating our commitment to safety. Major renovations to our Clubhouse and a new security system provide a robust and safe environment for the social aspect for our membership. You read details of these accomplishments in the President’s September report. Difficult decisions regarding a fee increase and expulsion of a member are never easy but imperative for the financial and social health of the Club going forward.

Seven of the ten Board members you elected in October 2020 resigned from the Board. Two did not renew their membership, one moved as a result of a work transfer, one resigned for personal reasons and three disagreed with Board decisions. What does this tell the membership? It demonstrates to the membership the AFC has the resources to withstand traumatic events. With these losses, your Board succeeded in accomplishing the aforementioned results and achievements. I want to thank Kevin and Duncan for their steadfast commitment to their Board nomination and election. I want to thank Chris Palmer, Warren LeGrice, Bevan Tomm, Ken McKeen, Randy Kelley and Clark Closkey for stepping up when called upon to assist in difficult decisions made for the benefit of the membership and the sustainability of the Club in the future.

Your current Board ends its term by leaving the club with financial sustainability moving forward and a standard for ethical behaviour, demonstrating an intolerance for inimical behaviour. While constructive discussion is always encouraged and productive, rogue actions and divisiveness can not be tolerated.

I want to thank the Board for having the courage of their convictions. It is a pleasure working with those who understand the definition of good governance and act as effective Board
members.

Just a reminder that the upcoming election is even more critical than last year’s. Please carefully consider your choices and elect those who you believe would best be suited to manage the affairs of the club. The club’s future depends on it.

Finally, a special thanks to all the volunteers who helped with the heavy lifting throughout the year and without whose help we could not have been successful.

With the rapid winding down of the current year, it is appropriate to look back at the accomplishments that have been achieved by the AFC.

Starting with the Airshow, we can say that the camp ground facilities provided by the club were successful.  Everyone that wanted a spot was provided one.  I am not aware of any complaints from our campers, which is a good sign.  Thanks again to all the volunteers who contributed to the success of the camp ground.

A new security system was installed which made accessing the system possible via the internet thus making it much easier to control.  The system was donated, at no cost to the club, by Bevan Tomm and we are grateful for his generous contribution.

Improvements were made around the rear of the clubhouse by the removal of the old truck van and the shed contiguous to it.  Still more needs to be done to address the many years of neglect by painting and replacing some of the fascia boards.  The roof over that area is in need of replacement.

The two south facing doors were replaced by a journeyman carpenter to improve both the security and appearance of the area.

The flight room was cleaned up with the removal of the old safe, which was never used, and two of the filing cabinets that were no longer required.

An updated SOP document was created as a beginning of a Safety Management System which is a very positive step for the club.  Transport Canada encouraged us to take this action and we are happy to report that we are moving in the right direction.

Recent club fly outs have seen 7 planes and 20 members in attendance.  One flight to Victoria and one to Powell River. The most in many years.

Government sanctioned COVID restrictions were implemented which resulted in an environment that was clean and safe for use by our members.

None of the above could have been accomplished without the tremendous support of our club volunteers and to them I extend my personal thanks for a job well done.

Until next time, happy and safe flying.

An incredible but true story of an unplanned flight by a British engineer.

Steve Henry takes us for a tour of his impressive Just Aircraft Highlander which has been extensively modified to be optimised for short takeoff and landing (STOL) operations. With 300hp and only 800lbs of weight, it launches like a dragster.

Here’s a video of a very short takeoff.

The celebration of life for Ron Price took place August 11 at the Bradner soccer field. The event was very well attended with about 200 people in attendance, of which 15 were representatives of the AFC. Steve Stewart in CGGMA and Paul Monchamp in his Grumman, did a nice Flypast. The Grumman’s smoke system was very effective. The family had put Ron’s C-150 FFWW on display. Nice touch. 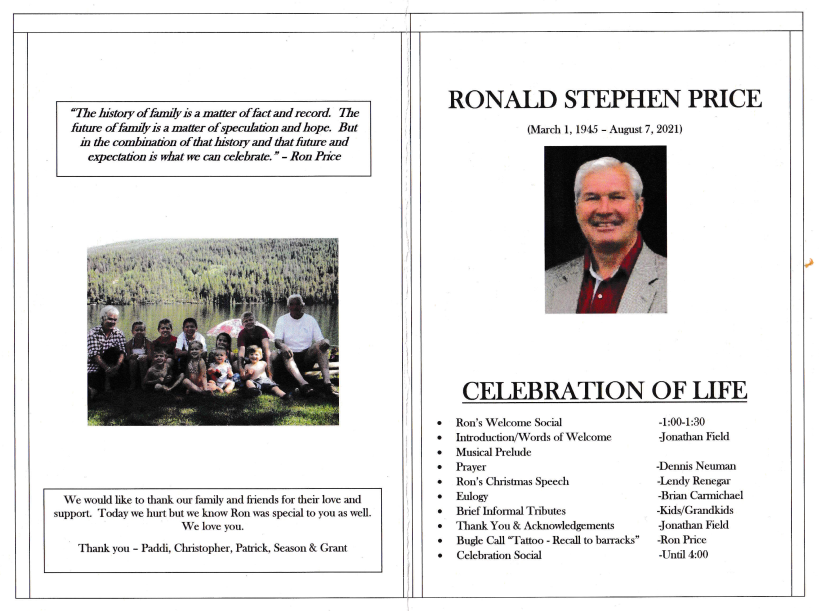 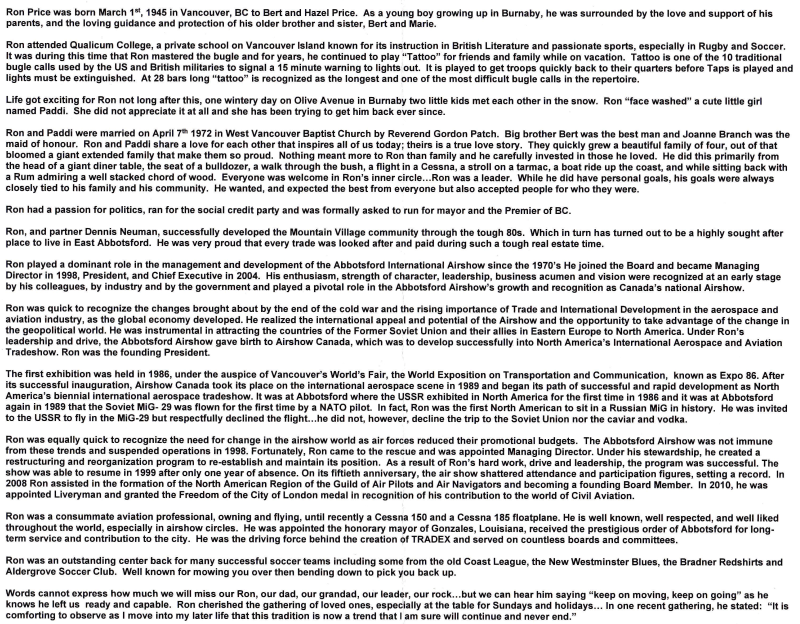